The core objectives of the men and women of the Company of Cordwainers of the City of York are:

To promote and encourage knowledge and interest in design, creation, manufacture, repair, distribution and marketing of footwear and industries associated therewith.

To promote and encourage knowledge and interest in design, creation, manufacture, repair, distribution and marketing of footwear and industries associated therewith.

To revive and continue to promote interest in the origins, activities, ordinances, objectives and attainments of the original Cordwainers dissolved in 1808 and revived in 1977.

To establish contacts and exchange information with other Companies or Guilds at home and abroad.

The Company of Cordwainers is one of the seven ancient York Guilds in existence in the 21st century. The Guilds, founded in the medieval period or earlier, have retained traditions that stretch back into the mists of time and greatly add to the rich pattern of life in the City of York.

Cordwainers were workers in ‘cordwan’ a type of fine shoe leather that originated from the Spanish city of Cordoba, the primary source of such leathers in medieval times. This fine leather was made from goatskins, which is represented on the Company’s Coat of Arms which includes three goat heads plus a fourth as a crest.

In the past, the Cordwainers, in common with the other Guilds, had key roles both in the governing of the City, maintenance of trade standards, training apprentices and taking lead roles in social and religious activities such as the medieval Passion Plays performed on waggons around the city on Corpus Christi Day and now known worldwide as the York Mystery Plays.

The earliest reference to the Cordwainer trade in York comes from the Freemen’s Rolls for 1272-3 in which ‘Thomas de Fulford, Cordwainer’ is the first entry.

During the 18th century, the importance of the Guilds declined and around 1808 the York Guild of Cordwainers disbanded, with their records and treasures finding their way into York Minster’s collections.

The Company was re-founded in 1977 when several local people connected with the footwear and leather trades revived it.

To this day, the Company has a full social programme, supports local education and raises money for charity, while having close fraternal links with the local Guilds, and also ‘leather connected’ Guilds and Companies in London, Richmond (North Yorkshire), and across Scotland. 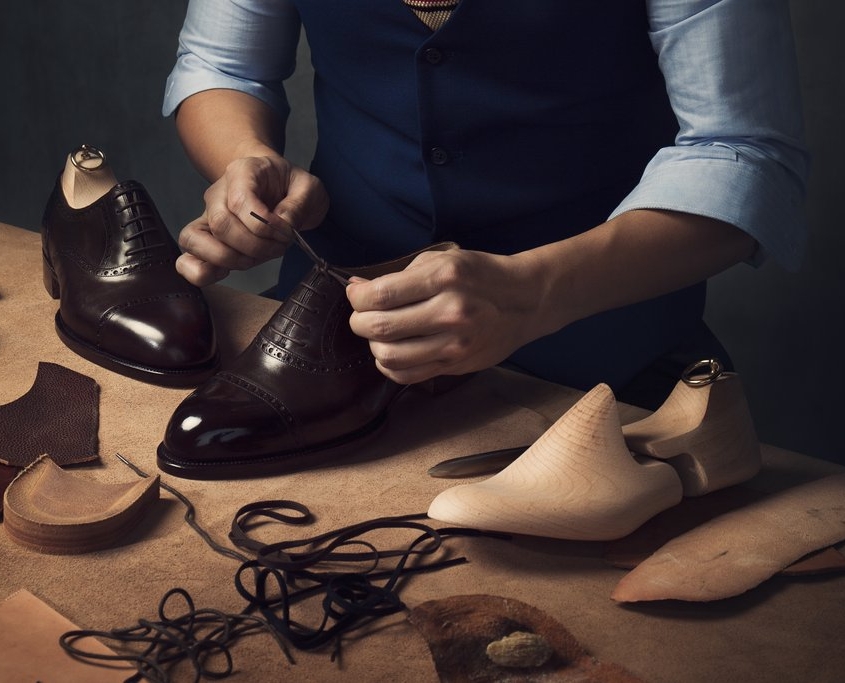 What is a cordwainer?

A cordwainer is a shoemaker who makes new shoes from new leather.

According to British tradition the cordwainer’s trade can be contrasted with that of cobbler’s trade, which restricted cobblers to only repairing shoes, not making shoes.