At a General Meeting held in Bedern Hall in Hungate – November 18th, 1776

According to an ancient custom used by the Ancient Brethren of the Company of Cordwainers of the City of York they made an Article of Agreement amongst themselves that no Journeyman, Cordwainer, Freemen, Foreigner, or Stranger within the City of York, or the Liberties and Freedom of the same City, that shall depart from his Master, using the Trade of a Cordwainer within the said City, and Liberty thereof, except he be give fourteen days warning of his departure unto his said Master and, during that time, do work diligently with his said Master at the wages last agreed on between them. And every Journeyman offending to forfeit and pay, for every such offence, ten shillings to be divided in form aforesaid.

But this ancient custom, of late years, has been entirely laid aside and neglected to the detriment of the said Society. Therefore, the Masters, by general consent, have agreed to revive the old Article and harmonize in this, or any other Order, which may hereafter be made for the Peace and Order of the whole Brotherhood in general use.

Excerpt taken from the Records of the York Cordwainers Company from circa 1395. Compiled by F.C. MARGETTS CBE (Hon. Archivist) 1983 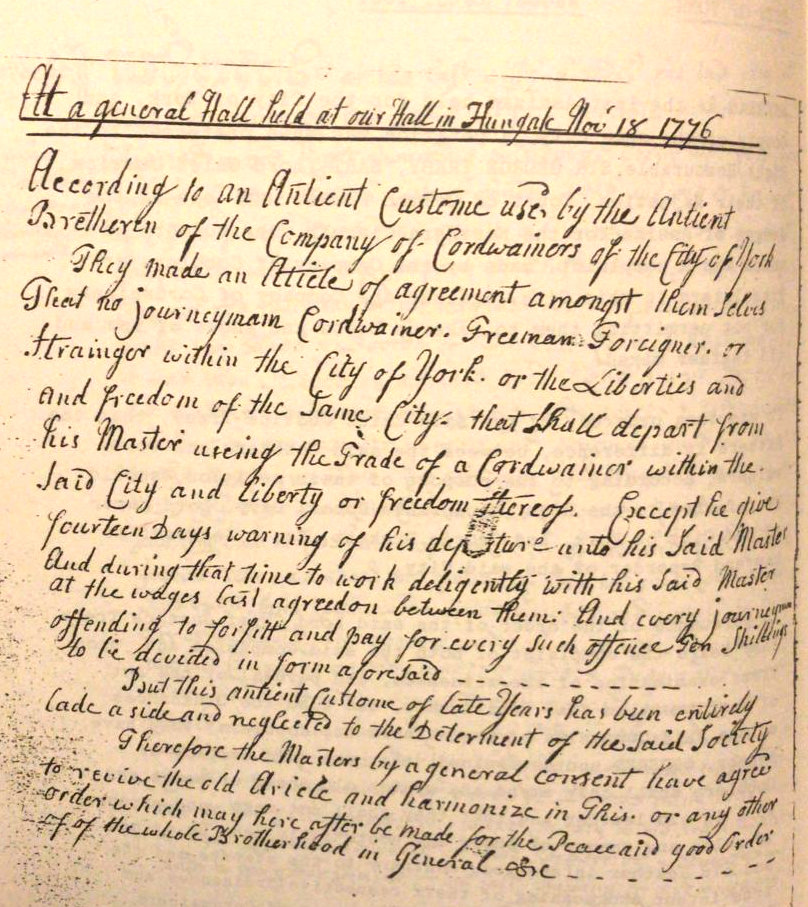 This is a picture of Percy Nutt and staff at Cox of Northampton, in the Shambles in York.

Percy was the store manager for his uncle, William Cox, who established Cox’s Leather Shop in 1921.

Percy would eventually come to own the shop; his daughter, Marjorie, would then later inherit it with her husband, Alan Johnson, and it would continue in the family business (as enlarged premises) in the Shambles until 2014 when it was closed and the premises sold.

Percy Nutt became the co-founder of the re-formed Company of Cordwainers with Revd. Canon Jack Armstrong in 1977.

William Hornby was the last Master (or Governor) of the Ancient Company of Cordwainers before it’s dissolution in 1808 at the old Shoemakers Hall in Hungate, York.

This cutting from the York Gazette of 1829 advises his clients of the handover of his (prestigious) business in Blake Street (located right opposite the fashionable Assembly Rooms) to his Manager and Foremen, followed by a statement from them. 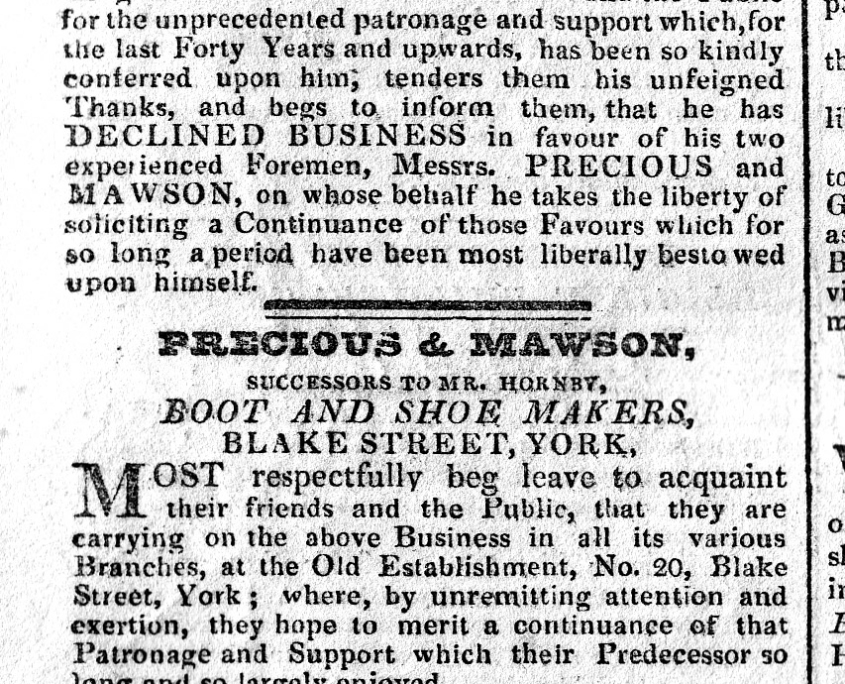 This was the centuries old guild hall of the Company of Cordwainers of the City of York prior to its dissolution in 1808.

This very small detail from the “Panorama of York as in the 15th Century” created by Edwin Ridsdale Tate in 1914, shows the only indication of what was possibly the Shoemakers Hall as a small two storey chapel-like building set to one side of the Carmelite Monastery and the various churches of St. Saviour, St. John the Baptist in the tight community of Hungate on the corner of Palmer Lane.

The adjacent image is one of two illustrations of the Shoemakers Hall which Cordwainers archivists have ever been able to find. 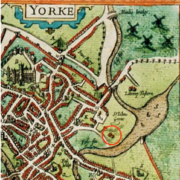 ‘Cordwainers Hall’ is also depicted on the 1611 map of York by John Speed (circled in red). 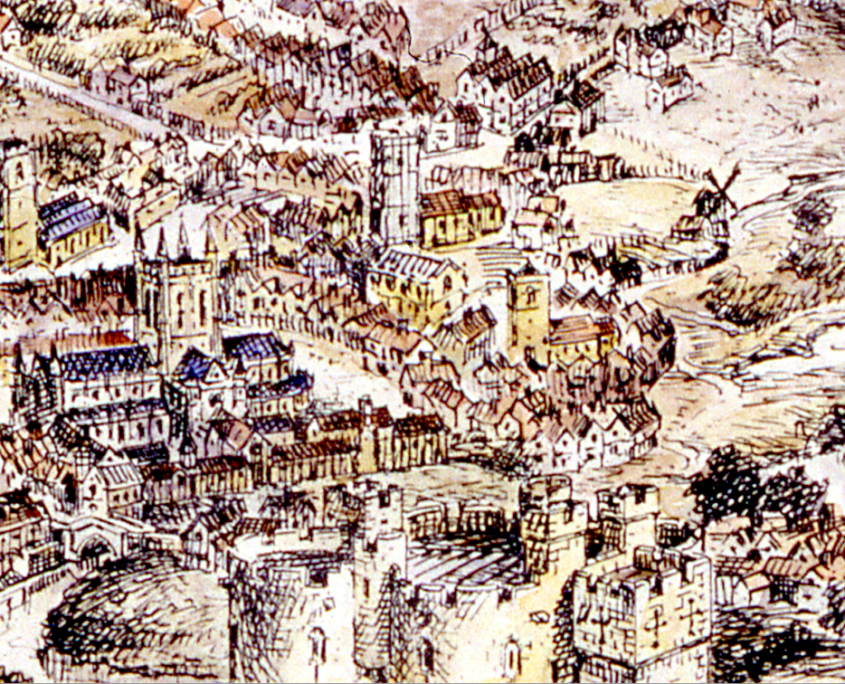